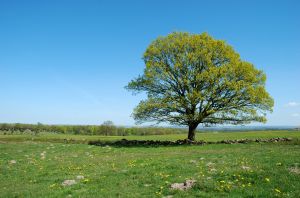 Stability is important in life on so many levels! One that’s often batted about in rehabilitation circles is the idea of ‘core stability’.

In my view of the world, there’s a definite hierarchy when it comes to ‘stability’. The term ‘core stability’ is not only fad, outdated and difficult to correctly define (as it means different things to different people) – it’s also not exactly what I think we should be aiming for when rehabilitating people with injured backs, or when seeking to enhance performance.

I like to use metaphors when I’m explaining these things to people – that way you get a mental image of what I’m trying to explain – which helps it sink in.

The lowest in my hierarchy of betterness is complete instability – if you were thinking of a plant – you’d think marine kelp. While it 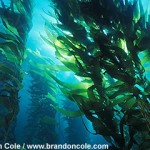 s arguable marine kelp has some distinct advantages – being able to survive the surge of countless waves by just going with it – there is clearly a need for external support – put it up against gravity on dry land and it has some serious lifelessness issues. Which is kind of where people are at when they’re super flexible, but lack the strength to hold themselves (well) against the mighty pull of gravity. Fortunately these people are few and far between, but when we meet them, they’re extremely challenging to work with clinically to bring about improvement and they often have multiple sites of pain – such is the nature of hypermobility. These people need lots of work to strengthen around their torso – and loads of encouragement to continue the journey to health and wholeness.

An oak tree is a picture of beauty in a field and welcome shade on a hot summer’s afternoon. But people aren’t meant to be like oak trees, so while for me, the oak tree torso trumps, the marine kelp torso, it’s still far from ideal. 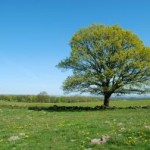 The problem with Oak trees is they’re so stiff they barely move – so if the winds of change blow too hard oak trees either get blown over, or they break. I see a fairly regular stream of oak tree torsos in my practice – They’re often involved in labour intensive jobs where bending and lifting are common place. Instead of stabilising at a segmental level, they move ‘en bloc’. And their stiff levers (legs and trunk) make for some pretty big forces. Great when it goes right. Spectacular when it goes wrong.

The upshot is that these people usually bounce back pretty quick. Most will probably carry on where they left off too.

My ideal, my ultimate trump when it comes to the torso is the coconut tree.

Coconut trees are an ideal mixture of strength and stability. They are strong enough to withstand hurricanes, but they bend and move with forces. This is what I tell people to aim for. If you look at a spine the most outstanding thing you will see is a whole lot of joints – joints are made for movement – not too much or out of control, but definately made to move. I think the ideal is dynamic stability – where you’re able to control any motion your spine will allow.

If you want help moving from Oak or kelp to coconut (or anything in between) give us a call!