Back In ActionNewsBlog100km Trailwalker Challenge? No worries! 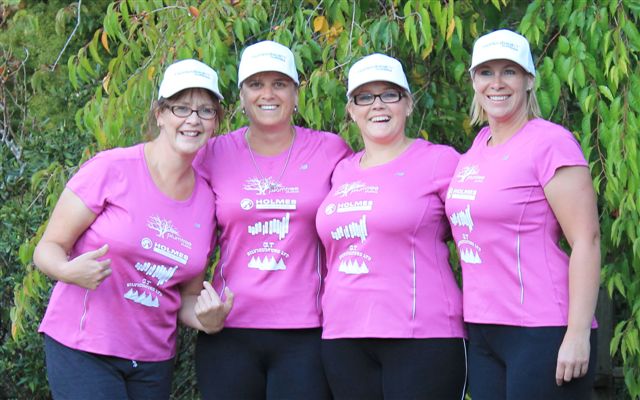 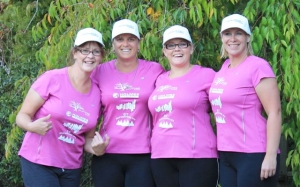 local mums (Fiona Nelson, Cathryn Kerr, Fiona Higgison (Greytown) & Angela Bush (Carterton) made a decision about 12 months ago to have a go at the Oxfam 100km Trailwaker challenge – which is where a team of 4 each have to complete 100km walk in Taupo. The event is a major fundraiser for the Oxfam Charity and has been going in New Zealand since 2006.

Team Leader Fi (Nelson) – having completed Trailwalker in 2009 in an impressive 24.5 hours decided it was time for another go – she put an ad in the school news letter and attracted 3 unassuming team mates. The 3 newbies had very little idea what they were agreeing to but a year out thought – “how hard could it be?” Oh well a challenge it was to be.

Fi being the great leader she is has worked the many training schedules around everyone’s busy lives and we have seen a lot of Wairarapa as we went – up and over the incline & back again and up the Pylon Track, Henley Lake and beyond, Fensham Reserve, Lake Reserve, Greytown Rail Trail all many times over and many roads in between, day and night.

4 x 40 ish mums who you might think had nothing better to do with their time but to push themselves to the extremes of their mental & physical fortitude!

But the road travelled thus far has been a worthwhile one. Team mates getting to know each other. Many challenges big and small (where on earth did that muscle come from & how come it hurts so much? & how come there is no fat on the soles of my feet but plenty elsewhere?) BUT many accomplishments – who knew we could achieve what we have already. So bring it on!

(You can visit Team Plum Crazy on the www.oxfamtrailwalker.org.nz or on facebook under Plum Crazy Oxfam Trailwalker)